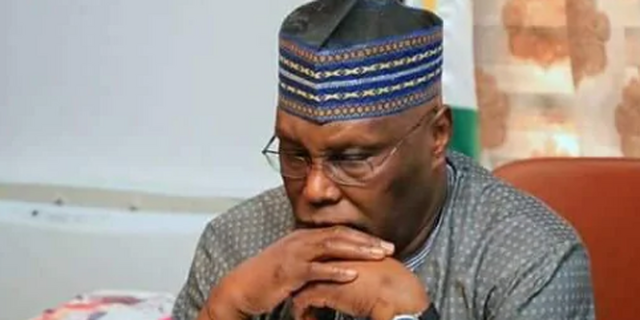 It was George Orwell who once said that “in the time of Universal deceit, telling the truth is a revolutionary act”

I have read the laughable, jaundiced, parochial and misleading opinion of Dele Momodu, and ordinarily would have ignored the jaundiced view of Bob D knowing fully well that he is entitled to his opinion but for the purpose of clarity and the need to educate the educator, I have decided to set the record straight and correct the misleading notion and Illusions of Dele Momodu and that of his pay master.

The fact of the matter is that 1979 is not 2023 and the fact that the PDP has control of 14 states in which 6 of the Governors are rebellious and have rejected the Atiku Presidency long before now which even the NPN of 1979 didn’t experience. in 1979, the NPN strongholds Were North and Southern Minority. The PDP strong holds since 2015 has been the South East and the Niger Delta States but both region are now shaky with a bleak future due to the Peter Obi factor, coupled with Wike led G5 and the Kaura G1.

It was possible for the then Shagari Presidency to win due to the fact that he was sellable and has more friends than enemies as against Atiku, who is seen as corrupt and cannot even be trusted by his former boss Olusegun Obasanjo who recently endorsed another candidate.

It is an incontrovertible fact that Asiwaju Bola Ahmed Tinubu is the next President in waiting, owing to his Political Sagacity, Economic ingenuity Social dexterity and his records of public and private service.

The reality today is that the Tinubu APC is clearly different from the Awo/UPN Though from historical point of view, Asiwaju was an Awoist in 1979 which gave birth to the AD/AC/ACN that is similar to the AG/UPN.

However, Asiwaju has achieved what Awo didn’t by integrating the west, identified with opposition parties to a national party that captured power at the federal level. It is on record that Awo during his helicopter bound campaigns did not visit any Emir in the north and could not find a Northerner worthy as his running mate which made him settle for an Igbo man. The Northerners have seen Asiwaju as their own who has been tested and can be trusted, this is why the Northern Governors and stakeholders endorsed him at the primaries with their open arms, owing to the General and widely acceptance of the Tinubu/Shettima Mandate.

In a sane society, Atiku should have stepped aside to clear his name over the corruption allegation of the SPV, but the outcome of the 2023 election and the landslide victory for APC and Asiwaju/Shettima will retire Atiku Abubakar politically because the Asiwaju/Shettima sterling performance as Governors/Senators and the APC eighty pages manifestos has renewed the Hopes, yearnings and aspirationss of All Nigerians who cannot wait for a better Nigeria.

We urge all Nigerians to ignore the conjured and narrow minded analysis that Atiku will win the 2023 election. Nigerians cannot afford to go back to Egypt and will not vote for a man that has vowed to sell both social and commercial assets of our country to his friends and ally, hence the Dele Momodu Distorted beer parlor political analysis can best be described as what Macbeth referred to as a tale told by an idiot, full with sound and furry but signifying nothing. 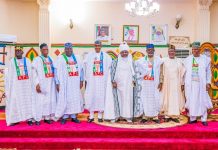