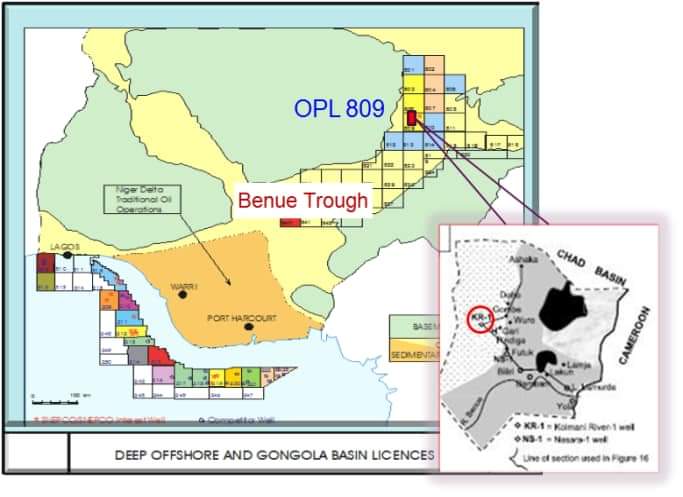 Providence has always joined Bauchi and Gombe Emirates. The first was the Sokoto Caliphates when the two Emirates were founded by two disciples of Danfodio—Yakubun Bauchi and Buba Yero respectively. There were some clashes then between the two over where their boundary would be. Finally, in 1817, embarrassed by a border fighting which resulted in deaths, Sultan Muhammad Bello ruled and it was agreed that the Kolmani river would henceforth be their boundary, wrote Johnston in the Fulani Empire of Sokoto. Case closed. Sokoto ta yanke hukunci.

So when the first oil well was discovered and arguments started between Bauchi and Gombe States over who owns the site, I said to myself, “Here we go again… Za a fama mana tsohon tabon.” As God of mercy would have it, the wealth underground cuts well into both. Bello can continue to sleep in his grave.

Then British rule brought the two together under the Northern region, then in one province—Bauchi Province. Then Gowon lumped them into the former Northeastern State. They remained so until they were separated in 1996 by Abacha. Today, they are joined again through oil and gas by Buhari in the same Kolmani valley where their ancestors quarreled 207 years ago. I think we better accept that providence has decreed that the two will remain together as brothers forever.

History will be made tomorrow as His Excellency, President Muhammadu Buhari, performs the ground-breaking ceremony of commercial oil drilling in the North at Kolmani OPL 801 and 810 located in Bauchi and Gombe States.

It is history because for the first time a President has actualized a nearly 50 years dream of exploring oil in the northern part of the country. This would have been achieved many years ago if previous administration after Abacha had shown serious interest in the venture. However, the venture was abandoned in 2000 and we sadly watched the withdrawal of heavy exploration equipment claiming that the contract of exploration has finished.

The exploration would return years later but Boko Haram insurgency made it impossible to complete, with the killing of some University of Maiduguri staff who were working on the project. Finally, the jinx is broken with the impetus of the last three years in the border lands between Bauchi and Gombe. The up to a billion barrels of oil deposits earlier discovered is ripe for exploitation—or say, drinking. The President will be here tomorrow to declare the dinner ready. He is most welcome.

It is history because it is a beginning for an era of abundant wealth for the nation. If not politically restrained, frontier exploration in the North will yield many more sites, especially with the acquisition of more 3D-seismic data and the provision of 30% funding under the new Petroleum Industry Act, 2021. Discoveries in the Chad and Bida basins are already known. They will soon reach the level of the upper Gongola. This is not to mention the discoveries of other expensive mineral like gold in the Northwest and lithium in the Northcentral, Ekiti and Cross River states.

Then it is history also because the parasite that has been feeding the nation will gain additional value: Cash. Many fear that the parasite with its number, food, land mass, mineral deposits and now oil may no longer enjoy the status of disdain that it previously enjoyed from others. It may grow horns and become assertive. Wealth comes with independence and a good measure of arrogance too. This has been the fear that might have stalled the exploration some years back.

The next president can still frustrate things if he wishes. As a politician, the belief that the wealthier that every region becomes the better for the country may not hold because in political permutation, 1 + 1 does not always add up to 2; it could yield 0. A review titled Secrecy, Doubts Trail One Billion Barrels Oil Discovery In North, which appeared in TheGuardian on 21 November 2021, clearly shows the line of thinking that is typical of anything North in some quarters. All the southern scholars who were quoted in the article were not celebrating the one-billion-barrel discovery in Kolmani. They were lamenting and doubting, as would some comments below this post. Such dangerous pessimists can overturn everything given a complicit President.

Given the long distance from the coast, transportation of the oil and gas from the North is crucial. The infrastructure could demand extensive piping to the ports or linking with the Trans-Saharan pipeline to Europe. But Nigeria is also a huge market. It can be processed here with a refinery built in suitable proximity to the fields. These are decisions that can only be politically supported by a sufficiently committed President. The choice that the nation makes in 2023 may be crucial.

Whatever it is, President Buhari has delivered on this. Making Kolmani a reality will go down as one of his major achievements. Just before the last election, on 2 February 2019, while inaugurating the Kolmani drilling site, he said, “Today’s event is not only a success story but a landmark of promise kept to the Nigerian people.” With the commissioning ceremony tomorrow, he will be living his 1984 dream. Mun gode.

Let us pay tribute to an old friend and classmate who was important to the actualization of this dream. As the Group Managing Director of the NNPC then, Dr. Maikanti Baru, promised the President at the 2019 occasion that “NNPC will leave no stone unturned in executing your directive… We will sustain the intensity of the ongoing oil and gas exploration in the inland basins for our nation.”

Dr. Baru kept his promise. It is sad to note that the commissioning of Kolmani sites tomorrow will be done without him. May his soul rest in peace.

Finally, the nation would definitely like the President to emphasize to his successor the importance of keeping the tempo of oil and other mineral explorations in the country. Every additional wealth regardless of where it is coming from foretells a better future for our children if managed well. And with elections increasingly becoming transparent, governance will definitely improve and our children will come to enjoy the riches of this great nation as we once did in the 1970s.