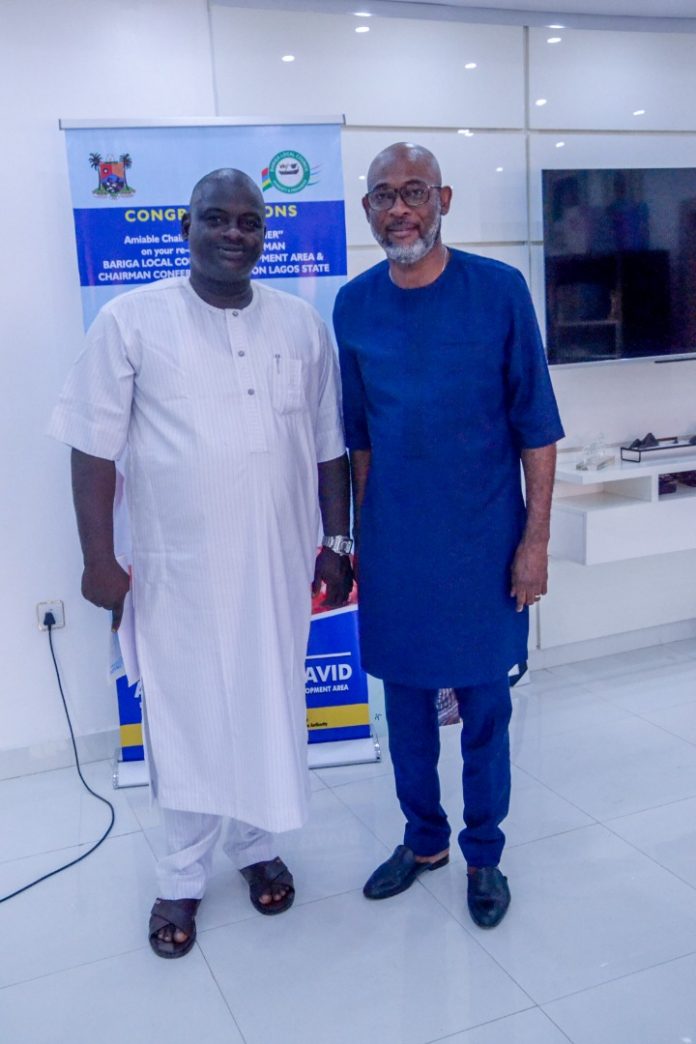 A support group of the governing APC, APC Professionals Council has congratulated its national ambassador and the National President of the Association of Local Governments of Nigeria (ALGON), Alabi Kolade David on his appointment by the party as the Director Local Government Directorate of the presidential campaign council, PCC.

The council says the Alabi David’s appointment is a demonstration of readiness of the APC to galvanize the numerous strength the local government councils wield in ensuring victory for the presidential candidate of the party, Bola Tinubu and his running mate, Sen. Kashim Shettima.

In a goodwill message on Saturday, the Director General of APC Professionals Council, Hon. Seyi Bamigbade applauded the party for its foresightedness in identifying Alabi David’s potentials and values towards the victory of the party.

“I congratulate the national ambassador of APC Professionals Council, Alabi Kolade David on his appointment as Director Local Government Directorate of the presidential campaign council of our great party, the APC.

“This is a clear testimony that our party is deeply committed to actualising victory in the February presidential election. The Tinubu-Shettima ticket will usher in a new era in our country’s governance.

“As a council made up of professionals from various fields of human endeavour, we will continue to mobilize our numerous membership strength in adding value towards APC victory next year” he said.