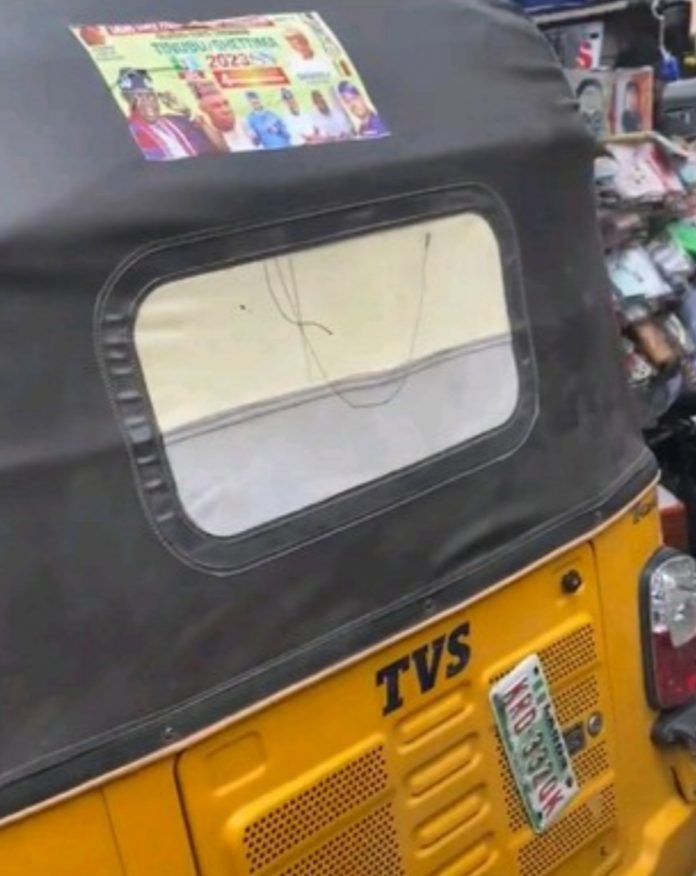 Chairman, Lagos State Park and Garages Management Committee, Musiliu Akinsanya[b] aka MC Oluomo, has distanced himself from the controversial sale of stickers bearing image of himself; Lagos State Governor, Babajide Sanwo-Olu and the presidential candidate of the All Progressives Congress (APC), Bola Tinubu to tricycle (aka Keke) drivers.[/b]

His outburst is reaction to a viral video which shows Keke drivers protesting to pay for the said the stickers on their tricycles.

According to the voice heard in the video, the drivers were reportedly charged N500 per sticker.

Reacting to the video, MC Oluomo said in a video posted to Instagram on Tuesday night that he was not involved in it.

“My attention has yet again been drawn to a video clip circulating online showing an altercation between two people as regards a sticker,” MC Oluomo said.

“It came to me as a surprise seeing that people were attaching the video to me and were also quick to state that it was a campaign fee to support the election of Asiwaju Bola Tinubu.

“Naturally I would have just ignored knowing that it’s the handiwork of naysayers. Being in an election session, I also know their malicious intentions and the cheap political goal they aim to get with the video. I am however compelled for the sake of clarity to set the record straight.

“I did not know anything about the said sticker, neither did I sanction the sale. I would appreciate additional information as regards the location where the incident happened so that we can conduct thorough investigation.

“We are against anything that would hamper the free flow of business activities or bring hardship upon our people. May I also inform the public that the APC Presidential candidate, Asiwaju Bola Ahmed Tinubu, has more than enough people willing to finance his campaign and such money would not come from me or my office.

“I want to urge our people to be vigilant and remember that we are in an election period, as such, political parties would be looking for ways, both ethical and unethical, to outsmart themselves. I however implore them to leave me out of their political permutations and stop maligning my name for the sake of cheap popularity.” 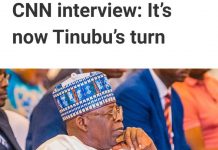