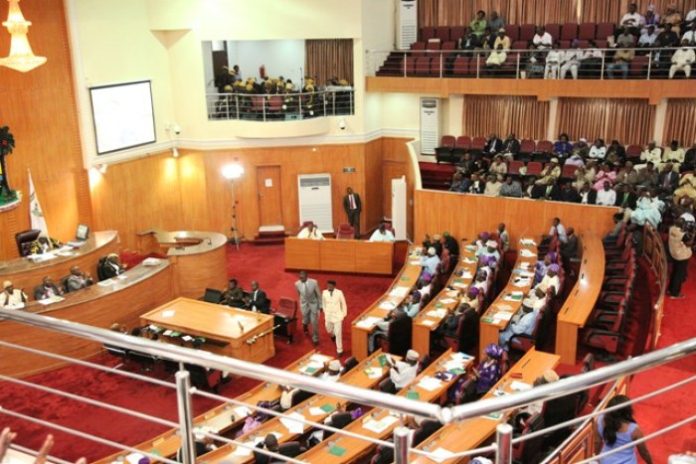 The Lagos State House of Assembly on Wednesday evening passed the year 2022 budget estimate with a slight increase of the grand total from the initial N1.38 trillion to N1.758 trillion.

The budget was passed at a sitting presided over by the Speaker of the House, Mudashiru Obasa, after a presentation of the report by Chairman of the Committee on Economic Planning and Budget, Gbolahan Yishawu.

Yishawu, after the plenary, explained that the total budget size passed has addition of left overs from the previous allocations in the 2021 budget.

He said the leftover was rolled into ‘contingency fund’ in the year 2022 budget.

He also put the Capital and Recurrent Expenditure ratio at 66:34.

According to him the loans, bonds and ISPO funds are captured in the budget that was passed.

Speaking after the passage of the budget, Obasa thanked his colleagues for working assiduously to ensure that the appropriation bill was passed.

While wishing them a happy New Year celebration, Obasa prayed that God would continue to keep Lagos safe.

He urged them to also remain conscious of their safety as well as the safety of their neighbours.