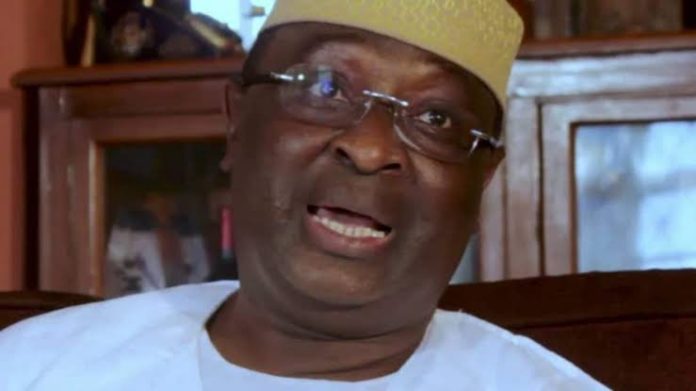 The Senator representing Ogun West Senatorial District, Sen. Tolu Odebiyi has appealed to the good people of Ogun West to be patient with the government over the rehabilitation of Federal Roads in the State, even as he urged the Federal government to accede to the request made by the Ogun and Lagos State governments to cede the affected federal roads to Ogun and Lagos for proper collaboration and full reconstruction.

The Ogun West Senator, who made the appeal today, said he had earlier met with the Minister of Works and Housing, His Excellency Raji Fashola, way before the recent outcry for the rehabilitation of the roads.

In a statement, the Ogun West Senator said he shared in their pains and has been working assiduously by engaging various ministries and agencies in order to ameliorate the sufferings of the people.

While trying to find a lasting solution to the deplorable condition of the roads, the Senator also had a meeting with the MD of Julius Berger, Dr. Lars Richter, but unfortunately due to paucity of funds the firm’s plans to rehabilitate the roads could not be met.

Highlighting the efforts made on the Sango-Idiroko road, Sen. Odebiyi said money has been earmarked for the rehabilitation of the road in the Federal Roads Maintenance Agency Budget for year 2021.

Sen. Odebiyi also disclosed that several other projects across the 5 local government areas of Ogun West are under consideration in the 2021 Budget.

The Senator wants to use this opportunity to say that he will not relent in his efforts to pressurise the executive in a bid to make life more meaningful for the people he represents.